Manpuku-ji temple located in Uji City, Kyoto Prefecture has a vast array of important cultural properties on display in their Bunkaden treasure hall and in an effort to preserve and protect these beautiful works of art and craft they needed a system to track temperature, humidity, UV and illuminance. They needed a way to view, manage and analyze the measurements from a centrally located PC in an office area separate from the on-site data loggers.

On the first and second floors to measure and record ambient temperature and humidity they attached Remote Units (RTR-503) in an out of sight places. As the RTR-503 is battery powered and there was no need for an outlet, choosing a place for installment was easy. On the second floor they used optional wall attachments which made it easy to remove the units for replacing batteries or sensors. In the display cases they installed RTR-574-H loggers to measure and record not only temperature and humidity but also UV and illuminance. The Base Unit (RTR-500NW) was installed in an out of the way place and was connected to an already in place wired LAN network.

The various Remote Units installed into various locations measured and recorded data which was then sent at regular intervald to the Base Unit from where data could be easily downloaded via the wired LAN network to the central computer. Other network compatible logger in another building were also in use and all of the data could be managed from one PC. It should be noted they chose the H model of RTR-574 for extra proection of their valuable treasures. The H model is the wide range temperature and high precision humidity type which allows for measuring in the range of -30 to 80°C and 0 to 99%RH at a resolution of 0.1%. 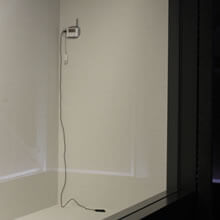 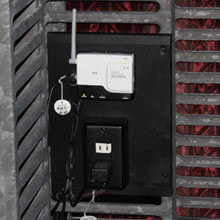 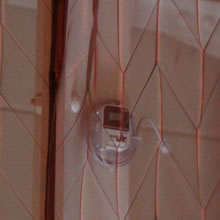 By using the battery operated RTR-503 loggers the the customer was able to install the units in out of sight places to measure and record ambient temperature and humidity throught the building. And by using the high range high precision models in the display cases they were able to have extra security in the protection of their valuable cultural properties. And as they already had a wired LAN network they chose the RTR-500NW for their Base Unit to collect data and then relay it to the centralized office for viewing and analysis.