The new "RTR-602" is a wireless food core temperature data logger that is not only extremely convenient, but has superior waterproofness and oil resistance. The shape of the body’s case has been changed from the RTR-601 to improve its strength against impacts such as when being dropped. In addition, the new Battery Charge Dock RTR-600BD will be released at the same time. With just one-push of the <REC> button on the logger, it is possible to record temperature, time of measurement, user, item, and judgement result (according to set upper/lower limits). The recorded data can then be downloaded wirelessly to a PC via a Base Unit, or automatically sent to our free-of-charge cloud storage service called "T&D WebStorage Service". (Only the US/FCC model of the RTR-602 is currently available.) 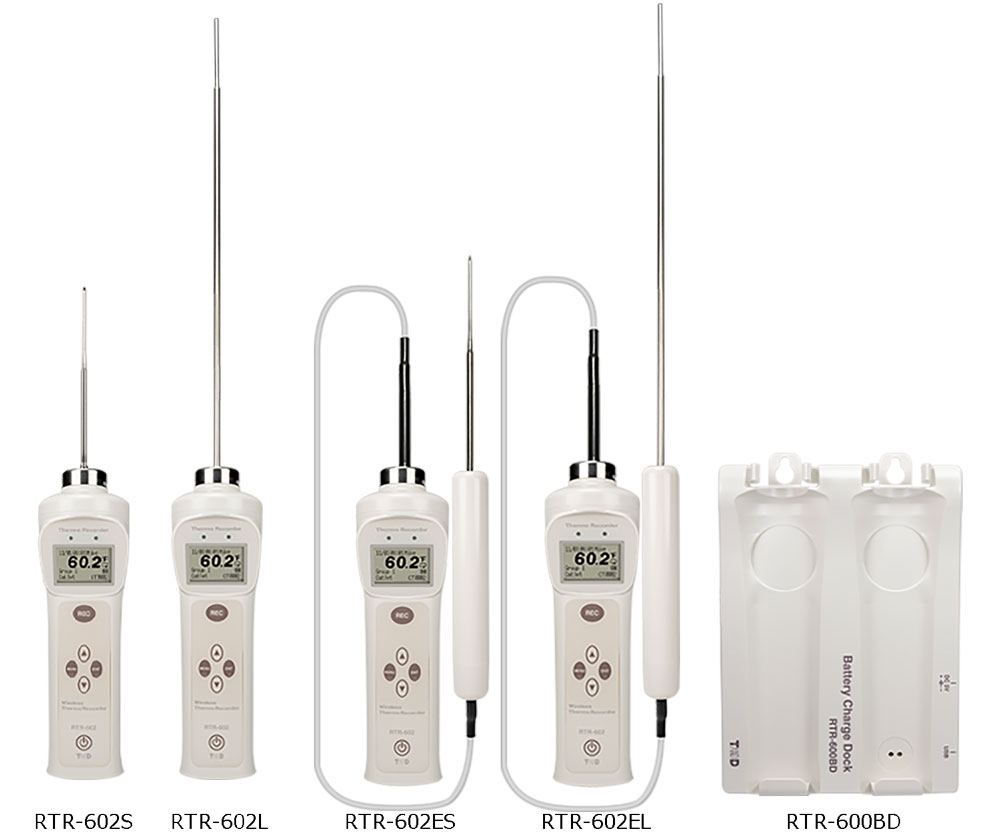 Back to News Top